Friday’s demonstration came at the end of a fortnight trials, in which the three vehicle manufacturers were able to successfully demonstrate the programme’s first two connected car features.

The first demonstration showcased cars that can warn their drivers when another connected car up ahead has braked severely, lowering the risk of rear-end collisions when the driver’s view is obscured, for example, by fog or other vehicles.

The second demonstration showed how connected cars can be sent information from traffic lights, allowing them to reduce the likelihood of meeting red lights – potentially improving future traffic flow and lowering emissions in urban areas.

“There has already been a lot of public focus on self-driving vehicles, but connected car technology may be just as revolutionary,” said Tim Armitage, Arup’s UK Autodrive project director.

“The benefits of having cars that can communicate with each other and their surroundings could be very significant – from increased road safety to improved traffic flow, more efficient parking and better information for drivers.” 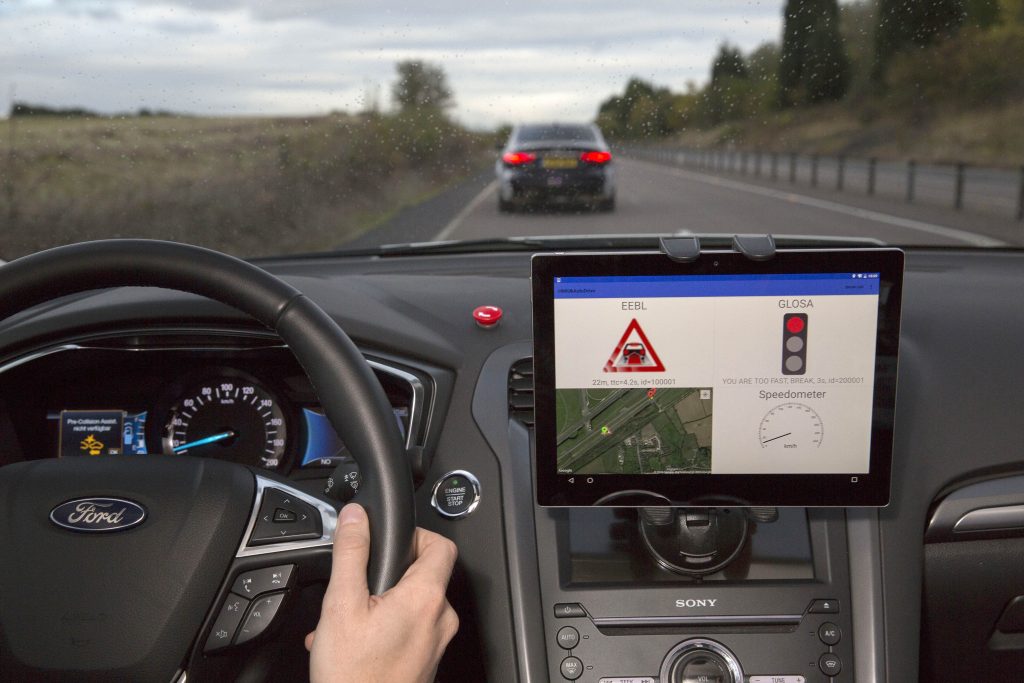 A Ford test driver receives a brake light warning triggered by the Jaguar ahead of him.

The UK Autodrive demonstration was also welcomed the UK’s Roads Innovation Minister, John Hayes, who said: “This technology has the potential to revolutionise travel by making journeys safer and cutting congestion for motorists. I’m proud that the UK is a world leader when it comes to developing connected and automated vehicles, and we are further establishing ourselves as the place to test and invest in this emerging technology.” 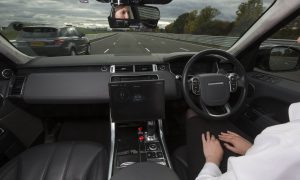 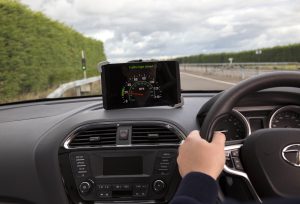 The driver of the TMETC vehicle receives a speed advisory to help reach a green light.